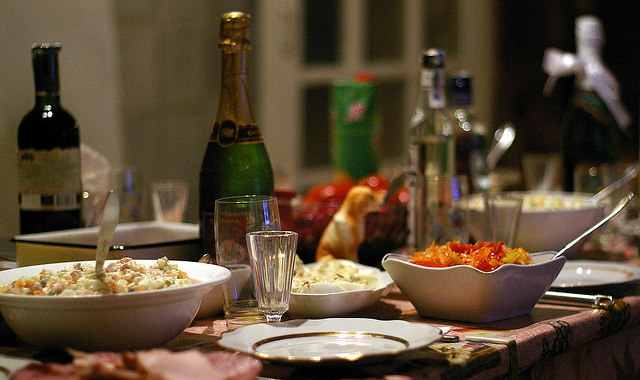 New Year’s resolutions are so common that they have become part of our year-end tradition. After all, many of us see the New Year as a start of something new. But interesting data shows us that creating these resolutions are useless. Barely half of the population have seen success with these lists. Published by Hypnosis in London on 28 Dec 2015, written by Malminder Gill.

According to Timothy Pychyl, a professor of psychology, resolutions are forms of cultural procrastination. Many of us see it as a way to motivate ourselves to make certain changes. However, many of us are unwilling to make those changes. As a result, we fail on our resolutions regardless of what they are.

A team composing of brain scientists and psychotherapist have discovered through the use of MRIs that habitual behaviour is a result of neural pathways that we have created. These pathways determine how we should behave in certain situations. Hence, to change a habit, we must change our default thinking. This leads to the establishment of new neural pathways.

So this year, instead of making another set of New Year’s resolutions, try to focus on one goal instead. It makes it easier to change the way you think in one area than on several areas.

Here’s how to choose for that one thing:

Many personal development experts would suggest breaking down this goal into smaller goals or to-dos, but I highly advised that you focus on one thing again to achieve that goal. The 80/20 or the Pareto principle can help you determine that one habit that can catalyze the change that you wanted to see next year.

The principle simply implies that 20% of what we do contributes to 80% of the result. So, if you wanted to lose weight next year, which is one of the most common resolutions made by the majority of us, focus on that 20%. It can be your diet, physical activity, or addressing a medical issue that has attributed greatly to your weight gain. Focus on just one thing instead of tackling all issues at once.

How Hypnosis Can Help

If you’re having a hard time focusing on one goal, one thing that can help you narrow down your focus is hypnotherapy. By getting into a state of trance, you can get into your subconscious mind and identify what you really want to happen for yourself.

I have a downloadable hypnosis in mp3 format specifically designed to help you have a more focused mindset. This can work well for you if you’re easily distracted and find this lack of concentration as a hindrance in making important decisions or doing something that would create an impact in your life.

If you’re among those people who continually make it a habit to include weight loss and quit smoking as your annual goals, then you can benefit from hypnosis too. I both offer downloadable hypnosis mp3s that you can easily listen to whenever you want and wherever you are as well as one-on-one consultation. These downloadables address the root cause of your problems. For instance in weight loss, it helps address the emotions that lead you to binge eating.

If there’s one thing I’d like you to make a promise to yourself this year, that would be to stop making New Year’s resolutions starting today and focus instead on that one thing that can bring significant changes in your life. If you’re struggling to find that focus, then I’m here to help you out.

Is Your Microbiome Affecting Your Sleep And Anxiety?

Is Your Microbiome Affecting Your Sleep And Anxiety? You’re going to bed early and have set up your bedroom to be the perfect restful experience,…

Which Distraction Is Stopping You From Achieving Your Goals?

Which Distraction Is Stopping You From Achieving Your Goals? What’s getting in the way of your goals? If you’re already giving up on your 2021…