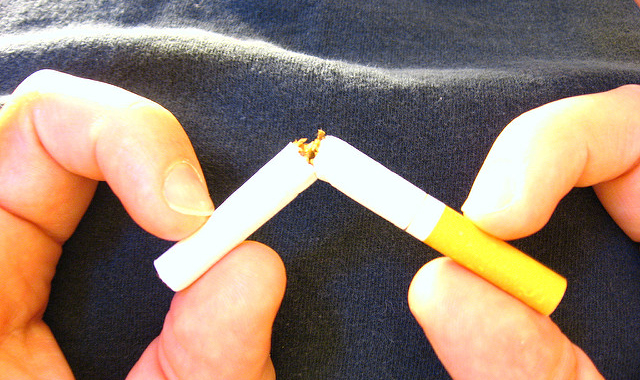 Smoking remains as one of the world’s biggest health threats. Every year, about 5 million people die from direct tobacco use while over 600,000 people die from second-hand smoke. But despite its economic, environment, and health implications, many people still keep their relationship with the harmful tobacco; mostly finding it hard to quit. Published by Hypnosis in London on 29 February 2016, written by Malminder Gill.

In a report released by Centers for Disease Control and Prevention, 7 out of 10 smokers of 68.8% of the respondents wanted to quit smoking completely. However, only less than 50% were only able to quit for a day. The desire to quit smoking drops as the person ages; it’s lowest in people age 65 and above.

Why People Find It Hard To Quit

If you’re a smoker and have unsuccessful attempts in quitting the habit, then you can relate to the challenges and the frustration of smokers who have gone on the same road. One reason why some smokers find it so hard to quit is because they miss that feeling they get when they smoke.

There are several reasons why smoking can be a hard habit to break. It can be due to the nicotine content found in tobacco, effects on the reward system of the brain, and genetic predisposition.

The nicotine found in tobacco is one of the most common reasons why many smokers find it hard to quit. It’s a drug that is as addictive as cocaine and heroin.

When you smoke, you take the nicotine into your lungs. It is absorbed by the bloodstream and with other toxins like carbon monoxide, it is distributed all throughout your body. As the nicotine reaches every part of your body including your brain, it causes certain changes.

One of the effects of nicotine is causing pleasant feelings. It’s one of the reasons why many smokers are resistant to quit smoking and a culprit for the development of nicotine tolerance.

Attempts to quit or even cut back on smoking reduces the nicotine level in your bloodstream. As a result, you will start feeling changes in your body and even with your emotions. Some of the common withdrawal symptoms include dizziness, sleep disturbances, headache, weight gain, irritability, anxiety, and depression.

Effects on the Reward System

The study shows that activity in the reward system of the brain called striatum may affect the person’s success to quit smoking.[1] To find out why some people find it hard to quit, an experiment was conducted involving 44 smokers.

The participants in the study were age 18 to 45 and were reported to smoke 10 cigarettes a day for the past year. Their striatum activity was monitored using functional magnetic resonance imaging while they were playing a card-guessing game where they have the chance to win money. Striatum activity was also monitored  while they were offered monetary reward for every 5 minutes they refrained from smoking during break.

It was found out that those who were unable to refrain smoking during the break have weaker activity in the striatum compared to the striatum activity during the card-guessing game. This revealed that the motivating factor and its effect on the reward system can determine whether the person can successfully quit smoking or not.

Studies have shown[2] that the chance of getting addicted to smoking and ability to quit it can be attributed to genes. Several research findings show that just like other substance abuse problems like alcoholism, genes can also play an important role in smoking and one’s ability to finally kick the habit.

Smoking is an individual process. What may work for others may not work for you. However, there are effective strategies you can make use of and tweak them to suit your preference. The following are some of the proven ways to help you quit smoking for good.

In his popular TED talk, Simon Sinek talks about how starting with the ‘why’ inspires great leaders to take action. While he particularly addresses it for entrepreneurs, finding your why can also be beneficial for sparking change in your life including your health.

Part of the success of those who are able to break the habit is having that deep reason to quit it. Their reasons are usually bigger and more significant than their reasons of getting back to smoking.

So, ask yourself: why do I want to quit?

Finding your ‘why’ can be your best ally in kicking the habit.

If you find yourself deciding to quit because of others, then forget it. You may be able to quit smoking for a while but soon enough, you will feel like you’re depriving yourself of something. When something goes wrong between you and the other person (your reason for quitting), then you’ll more likely end up getting back into the habit.

Quitting should be a personal choice. Sure, it benefits the people around you too but do it for yourself.

Smoking is the one of the hardest habits to break because of what it does to the reward system of the brain. So, a good strategy to finally quit smoking for good is to find something that’s equally rewarding.

A study shows that reward-based programs such as providing financial incentives lead to higher rates of sustainable abstinence from smoking.[3]

By placing you in a deep, relaxed state, hypnotherapy makes you more receptive to therapist’s suggestions. It’s a painless but effective way to treat many addictions including smoking. In a study, it shows that hypnosis is the most effective method for quitting smoking.[4] It’s more effective than willpower and even than the popular nicotine replacement therapy.

When you work with Hypnotherapy London, you will be working with me, a certified hypnotherapist. I’m a professional who have worked with several clients who have attempted but failed at quitting smoking on their own. Through guided hypnosis, I can help you quit smoking for good.

I make use of the latest techniques to help you kick the habit, regardless of the years you’ve been smoking.

Getting rid of something you’ve been accustomed to can be hard. For many smokers, breaking the habit feels like losing a bestfriend. But when done right and with the right professional help, you can triumph over this addicting habit.

Drink Alcohol In Moderation With Mindful Drinking Since the first lockdown in 2020, one in five Brits admitted to drinking more frequently, with one in…

Why The Holidays Kickstart A Biological Sugar Craving

Why The Holidays Kickstart A Biological Sugar Craving At this time of year, temptation is all around. It can be hard to say no to…

The Inner Conflict Of Craving

The Inner Conflict Of Craving This time of year is full of temptations. With that, it is also full of inner conflict, which you can…