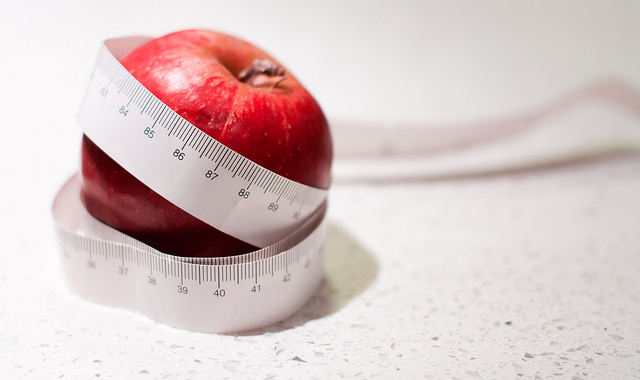 With all the booze and food during the holidays, many of us are probably swearing to lose weight this month. Losing weight has never been out of the list of the most common New Year’s resolution. But how many do actually succeed in losing weight? Studies revealed that most diets don’t work and yours is probably one of them. Here’s why and what you should do instead. Published by Hypnosis in London on 25 January 2016, written by Malminder Gill.

In a report[1] published by UCLA researchers in an issue of American Psychologist, it revealed that people who were on a diet are more likely to gain back the weight they’ve lost, sometimes more. Based on research, people who went on a diet lost 5-10% of their starting weight on the first 6 months but ⅓ to ⅔ of these people gain back the weight they’ve lost within 4-5 years. The study further revealed that some people would have been better if they didn’t go on a diet at all.

Studies[1] have it that dieting can be a predictor of weight gain. In one study, it showed that participants of weight loss programs are more likely to gain weight within a two-year period than those who are not in it. It suggested that people who did not go on a diet are better than those who did. One possible reason for this is that diets are often seen as temporary solution and that the deprivation from a restrictive diet can cause a person to overeat. As a response to starvation, the body preserves the energy it has so it slows down the metabolism, making it harder for you to lose weight.

In an interesting TED Talk by the neuroscientist Sandra Aamodt, she revealed that most diets are dysfunctional. According to her, our brains are wired to send powerful signals to keep the weight it sees appropriate even if it’s different from what our conscious minds want. So instead of getting into a diet, one must try mindful eating instead.

Why You’re Eating Even When You’re Not Hungry

At one point or another we find ourselves eating even when we’re really not hungry. Developing this habit can be a bad thing as it often results to weight gain. So understanding why you overeat is crucial especially in weight loss. The following are the possible reasons why you tend to eat even when you’re not hungry:

Many of us are guilty of this. We reach out for food for comfort. Whether it’s a breakup or a lousy day at work, we eat to make us feel better.

A lot of us do this because when we’re stressed our bodies are flooded with cortisol. Many food especially sweet and processed ones trigger chemical changes in our body, making us feel better (chocolate is a good example of this). So we reach out to food when we’re emotionally down or stressed out because we associate it with feeling good.

For some of us, the association of food and comfort is rooted in our childhood where cookies or any other food are handed to us when we’re not feeling good. With these foods triggering positive memories, you’re more likely to reach out for them when you’re down.

Eating as a Reward

According to a specialist in food addiction and eating disorder, happy things can also trigger overeating because we wanted to keep the happiness going[3]. And because food makes us feel better, we reach out to them to make the happiness last.

We also tend to overeat when we’re bored or when we’re trying to avoid certain things. The science of overeating can be traced back to the neurotransmitter dopamine[4]. Dopamine is the ‘reward’ chemical that contributes to happiness. What we’re actually doing when we’re eating out of boredom is that we’re trying to ‘wake up’ the dopamine so we can feel the thrill again.

What You Should Do Instead To Lose Weight

If you’re trying to lose weight, then ditch your diet and do two things instead: eat mindfully and understand your triggers.

Eating mindfully means eating with the intention of fueling your body and paying attention to the real signs of hunger. After all, hunger is physical and not a thought.

Before you reach out for a bagel or a bar of chocolate, ask yourself ‘am I really hungry?’ Asking this question is doing a body and mind check. You’ll know when you’re really hungry if you experience any of the following: difficulty in concentrating, weakness or loss of energy, lightheadedness, irritability, and growling or grumbling. Watching out for these symptoms instead of relying on your thoughts or feelings of hunger can keep you from overeating.

As mentioned above, there are reasons why we tend to eat even if we’re not hungry.It can be stress, happy times, or boredom. Understanding what triggers your overeating tendencies can help you address it in a more effective way.

Sometimes it’s hard to break habits or make changes in our lives if we’re out of focus. With this, a form of therapy called hypnotherapy can help. It’s a guided relaxation where you’ll learn to make new habits under the guidance of a certified hypnotherapist.

For years, I’ve helped thousands of clients deal with different problems including anxiety, depression, addiction, and obesity. I’ve used hypnosis to help these clients achieve the change they wanted for themselves. If you’re struggling with weight loss, then I can help you.

My weight loss hypnosis program focuses on areas that keep you from losing weight. It addresses issues on binge eating especially on unhealthy food. This program targets the emotions before and after eating so it keeps you from suffering from withdrawal symptoms and cravings.

For free consultation, you can contact me through this page.

Why The Holidays Kickstart A Biological Sugar Craving

Why The Holidays Kickstart A Biological Sugar Craving At this time of year, temptation is all around. It can be hard to say no to…

The Inner Conflict Of Craving

The Inner Conflict Of Craving This time of year is full of temptations. With that, it is also full of inner conflict, which you can…