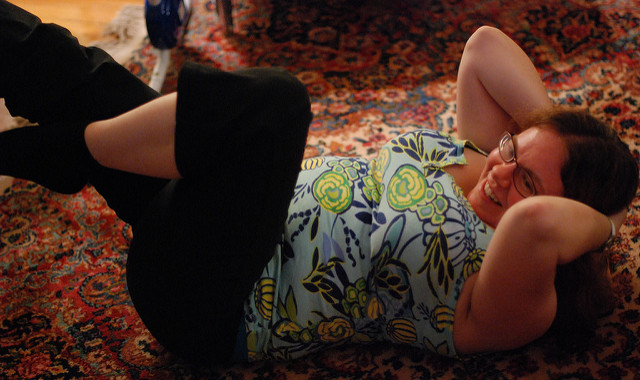 According to The Sun, 1 in 6 Brits have not done any regular exercise for at least 10 years. Having a sedentary lifestyle has its consequences. It is linked to an increase risk in cancer, diabetes, cognitive decline, and heart disease. But the good news is, you can learn to love exercise. There are simple strategies that can help you do that. Published by Hypnosis in London on 09 May 2016, written by Malminder Gill.

Having regular physical activity has several benefits. It helps control weight, reduces risk of developing certain diseases, improves mood, boosts energy, and promotes better sleep. However, these facts are not enough to convince people to get regular exercise. This was shown in the result of the study carried out by Centre for Market and Public Organisation at Bristol University.

The study, which involved evaluation of over a million adults in England, revealed that nearly 80% of the subjects do not hit the physical activity the government targets.[1] The government targets moderate exercise for at least 12 times in a month. But the study revealed that less than 10% of adult in England who can walk do not walk for more than 5 minutes continuously.

There are different reasons why people dislike exercising. In one research, it found out that the way the person feels towards exercise has something to do with the person’s tolerance to pain. And pain tolerance could be 50% genetic.

There are also factors that can influence the way you perceive exercise. Past experiences, peer pressure, and perception of one’s self tend to play important roles on how you feel towards exercise.

Whether it’s genetics or as a result of past experience, you can change the way you view exercise. There are strategies to learn to love it. Here are some of them:

Learning goals are different from performance goals in such a way that the latter focuses more on achievement (like finishing a 10K) while the former focuses on discovering something. Most people set performance goals but the problem with these goals is that it’s easier to get demotivated.

It’s different with learning goals. When the goal is on learning something, we are drawn to it because we are naturally curious.

In the goal-setting theory of motivation, researchers theorized that there is a relationship between goals and motivation. It also states that a learning goal orientation results to better performance compared to performance goal orientation. So, instead of focusing on working out for a specific number of days, shift your focus instead on learning something – be it yoga, wall climbing, or anything that interests you and moves your body.

2. Focus on how you’ll feel after

Most of the decisions on whether to work out or not comes from your emotional side. Research revealed that our affective experience has strong influence on the immediate outcome. In the study, it found out that participants who expected to drink a disgusting beverage end up drinking less of it.

This can be applied in learning how to love exercise. Instead of focusing on a distant goal such as having a bikini body for next summer, shift your focus instead on how you’ll feel after exercise. This kind of thinking will motivate you to work out because this appeals on your emotional side.

Although there is no wrong or right reasons to exercise, people who focuses on their well-being rather than vague promises of the future (like losing weight) tend to be more motivated in working out.

4. Choose the right type of exercise

Choosing the right type of exercise can influence your motivation of doing it. You’re more likely to stick to a workout if it combines skill acquisition and body movement. This type of exercises make you more motivated as it taps the fight-or-flight response of the body. Its also a great idea to try and attach exercise to something you love.

September Resolutions: The Perfect Time To Achieve Your Goals

After (hopefully) a relaxing break of summer, September brings a new energy. Whether it is the change of the season, the new wardrobe update or…

Smoking is one of the most common causes of illness and premature death in the UK. Every year, about 100,000 people die as a result…

In this week's post I talk about natural remedies and solutions to help overcome Bruxism and Migraines. Written by Hypnotherapist Harley Street, Malminder Gill, 9…