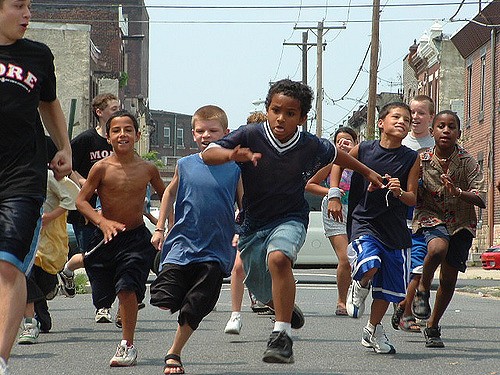 Attention deficit hyperactivity disorder or ADHD is not as common as what many parents think it is. In a study, it was revealed that in the UK only less than 5 percent of children are reported to have this condition.[1]  It may not be too common but it can still be challenging to affected parents.[2] However, there are things parents can do for their kids with ADHD. Published by Hypnosis in London on 14 February 2017, written by Malminder Gill.

ADHD is a mental disorder that affects both children and teens. It can also continue into adulthood. Kids with ADHD are usually hyperactive and have a difficult time in controlling their impulses. These behaviors affect both their home and school life.

The exact cause of ADHD is unknown. Researchers believed that it’s a result of various factors including:

Genes play an important role in the development of this disorder. In family, twin, and molecular genetic studies, they found out that ADHD has exceptionally high heritability compared to other behavioral disorders.[4]

Another possible cause of ADHD is chemical imbalance in the brain. Experts thought that imbalance in certain chemical messengers or neurotransmitters in the brain can play an important role in the development of ADHD.

Exposure to certain chemicals especially those coming from cleaning, personal care, food, carpeting, and cleaning products can contribute to development of disorders like ADHD.[5] Kids born to mothers who smoked tobacco products or drink alcohol during pregnancy are at higher risk of having ADHD.

Infants and very young children are highly sensitive to toxic chemical exposure as their brains are still developing. During fetal development, exposure even to small amounts of these toxins can have lifelong impact on their brain and overall health.

Although more studies are needed to establish a clear and conclusive evidence between brain injuries and ADHD, existing studies on this reveal that young children who got injured may have behavioral traits that may subsequently lead to diagnosis of ADHD.[6]

Researchers found out that ADHD could exist with other conditions like anxiety. This could be due to genetics and exposure to toxic chemicals which are also considered as risk factors in the development of anxiety.

Both adults and children with ADHD experience some sleep disorders. It is believed that the ADHD symptoms make it harder for one to fall asleep. However, a lack of sleep can also exacerbate symptoms of this mental disorder especially among kids. Unlike adults, kids tend to become more hyperactive when they don’t get enough sleep.

There are drugs that can be prescribed to children with ADHD. These include Adderall and Ritalin. These medications may help a child concentrate or sit still but there is still very little evidence that these drugs can help the overall behavior of the child. There’s also a growing concern in the long-term effect of these drugs especially to the child’s developing brain.

Medications aren’t the only way to manage ADHD in children. In addition, there are several alternative ways to help children with this condition.

I’m a certified hypnotherapist in London and for years, have helped thousands of people battling with different issues include weight loss and anxiety. Through hypnosis, I was able to help these people achieve the desired changes they want for themselves. I can help your child too.

ADHD is a real problem. Consequently, unless something is done to help your child, his/her ADHD symptoms won’t improve. But the good thing is, there are different types of help available for you and your child.

Surveys reveal that 1 in 7 people in the United Kingdom have chronic pain. Chronic pain can cause strong social, emotional, and financial strains on…

How To Cope With Social Anxiety On Public Transport

Statistics have it that 1 in 4 people in the UK will experience a mental health problem in any given year. This includes anxiety disorders…

Reaching Your Goals Using Your Imagination Rather Than Willpower

Many of us are aware that we have what is called the subconscious mind but only a few of us make the most of it.…