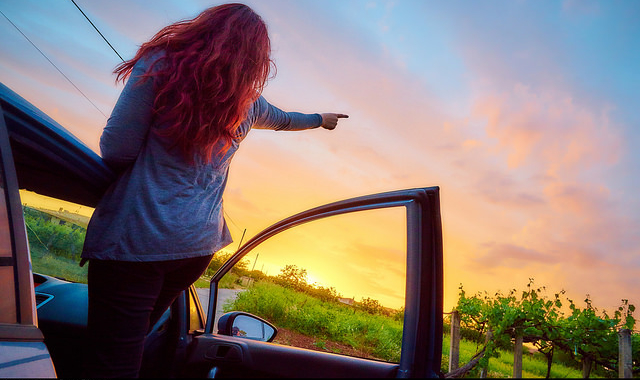 Many of us are aware that we have what is called the subconscious mind but only a few of us make the most of it. This is unfortunate as we can harness the power of the subconscious mind through visualization to reach our goals. Published by Hypnosis in London on 20 June 2016, written by Malminder Gill.

One of the misconceptions many of us have is that it only takes willpower to achieve whatever it is that we want – be it losing weight, quitting smoking, or breaking bad habits. So, when we fall off track, we blame it on our willpower. We think that we don’t have enough of it to bring positive change in our lives. But the truth is, it takes more than just willpower for us to reach our goals.

The Power of Visualization

It takes more than just willpower to achieve a goal because in order to achieve it, you have to have a clear picture in your mind on what it looks like. Unless it’s clear in your head on what you really want to achieve, you will remain stuck in the goal-setting phase. This is where visualization becomes helpful.

Visualization is simply a technique of creating a mental image of what you want to achieve. By visualizing your desired outcome, the goal becomes less overwhelming and appears more achievable.

This technique is no longer new. In fact, it has been existing for thousands of years and has been used by several professional athletes, entrepreneurs, and other successful people. Some of the famous figures who have used the visualization technique include Jim Carrey, Arnold Schwarzenegger, and Lindsey Vonn.

Why and How Visualization Works

Visualization has been used mostly by many athletes because aside from increasing their motivation and confidence, the technique is shown to improve their muscle memory. This discovery on the link between visualization and performance has been attested by a study done by an Australian psychologist Alan Richardson.

In his experiment, he divided the subjects into three groups. One group practiced free throws everyday for 20 days; the second group only did free throws on the first and 20th day; and the third group practiced visualizing free throws everyday. At the end of the experiment, Richardson measured each group’s performance. The first group improved by 24%; the second group didn’t improve at all; and the third group, who practiced daily visualization, were able to improve by 23%, close to what the first group had achieved.[1]

The use of visualization for purposes other than spiritual development became popular when Charles Garfield published his book Peak Performance. In his book, Garfield highlights how Russian athletes spent more time in mental than physical training. This effect of mental activity on the muscles can be attested in one study published by the Journal of Sport and Exercise Psychology.

Visualization works because the repeated thoughts you have drive your subconscious mind to act on them. And when your repeated thoughts involved strong emotions, then it would incite action. You then begin to change your behavior and habits in accordance to what you constantly imagine in your head.

How to Use Visualization to Achieve Your Goal

The effectiveness of visualization in helping you achieve your goal depends on how you do it. If you’re completely new to this technique, then the following tips can help you get started:

In Hypnosis in London, I offer private sessions and online hypnotherapy programs for a wide range of issues including addiction and confidence issues. The hypnotherapy for confidence building works well for those who are looking to boost their confidence at work, relationship, or personal life.

Achieving a goal is never easy but there are techniques like visualization and hypnotherapy that can bring you closer to it.

Sex as a currency…

Teen Confidence: How To Raise A Self-Confident Adolescent