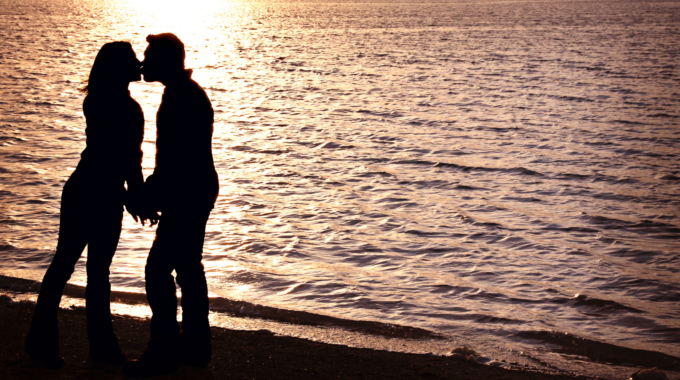 Oxytocin is responsible for the feeling a couple develops when they fall in love.

Back in 2013 the world was startled to realise that a study showed that 660 out of 1994 women in co-habiting relationships admitted to using sex as a currency to getting what they want. As many as 78 percent of women said they saw nothing wrong with it (Metro, 2013).

Sex as a currency – Giving men what they want ?

Having delved a little deeper, a study at the University of Iowa found,the emotional differences between the genders. In turn, this goes some way to explain why they feel differently about sex. During sex, a woman’s left side of the brain is activated. This is the part that naturally gives women verbal proficiency, and stops her from taking risks. (Reber, 2017). When these two traits are coupled, it can be easier for the woman to negotiate for a conflictless situation. If she sees having sex as being just this, the art of the negotiation becomes how can I use sex to get what I want. This negotiation also works without ruffling any feathers. However, it does mean that the most intimate moments of a relationship have an underlying political tension.

Homemakers have the tendency to take the easiest route when getting what they want. Some of this is derived in a lack of agency. Often women experience this when they feel trapped, emotionally or socially. If you are a stay-at-home partner, it’s likely that where you make your mark is in the same place you see your partner all the time. It means that you always want the home, the one thing you’ve built to function perfectly. Any tarnishes on what you deem as perfection can cause unrest and anxiety within oneself. But, in reality, it stifles what could be a prominent conversation. A conversation that women could get what they want. Sex stops the conversation, if it’s your only way of communicating with your partner.

Sex as a currency – How to empower yourself whilst empowering him ?

Being sexy is often correlated to being wanted. However, there are many other ways women can use their power in the home to maximise their strength. In turn, this strengthens their relationship with the person who they are building the home for and with. Using sex as a reward is violence. Women never have to be comfortable with violence. If a woman feels her impact on the relationship is not felt unless she’s having sex, this points to a need for confirmation from her male counterpart. However, there are other ways women can get confirmation. In fact, there are softer skills women can use.

How to receive a confirmation

Men who have a strong, stable persona, perhaps they are riding a career high, can often find that the home is where they are most submissive to their female partners. Partly, this is a sign of appreciation for the work being done in the home whilst they are away. But, it is also a sign that once they arrive home, they no longer need to hold up the masculine stereotypes often assigned to them in their public life. They want to leave their baggage at the door. If this is the case let them. So, as part of their gift exchange with their partner, they choose to allow women to get what they want. Therefore, being fully aware of the use of sex as a currency in their relationship.

Sex as a currency – Why doesn’t this stop?

Because once the vicious cycle of work and public life, to exhaustion and home life is normalised we see that the only time a dialogue of truth develops, talking explicitly about their problems is once men are already convinced of the issue not resolving itself. And they are right, it won’t. Once the woman is alerted to a build-up of issues, the priority being having sex in the relationship in this way, something that is otherwise so intimate to your relationship, denting the one thing you share alone, the battle is already over. And then you find yourself in a trance between an apology, the woman “getting away with it” and the sexualisation of the relationship on the wrong terms beginning again.

Control: Sex as a currency

Masculinity has been linked to emotionless men.  But, perceived emotionless men lock up their feelings, and have outbursts. In turn, this brings instability in the home, a contrast to the mission of stay-at-home partners. Talking about possible resolutions to underlying problems you are beginning to see, is the best way of tackling long-term problems and bringing about change before it’s seismic.

Overall being the sex giver in this situation leaves you in a dangerous position. Whereby you are using sex as a currency to ultimately control your partner and in being “selfless” you are reducing your own self-worth.

For the sex taker, simply bringing it up in a heated discussion will always lead to unpredictable ends. Worse, one of you will get bored of the never-ending, no amicable resolution arguments and leave. In the long term, if you do stay together, the results will mean you teach your children how not to be happy in the home, we should be breeding a new generation of lovers not sex users.

But there is a way out, if you’re a man who sees your lover doing this and don’t know how to come out of the cycle, and if you’re a woman who feels guilty about seeing the cycle repeating itself and you don’t know how to get resist this behaviour contact Malminder Gill runs a clinic on Harley Street, talking through individuals’ key problems in their relationships whilst discovering and rectifying confidence and self-esteem issues with a bespoke hypnotherapy programme. ?

Reber, Justin, and Daniel Tranel. “Sex Differences In The Functional Lateralization Of Emotion And Decision Making In The Human Brain”. Journal of Neuroscience Research 95.1-2 (2017): 270-278. Web.

Why do I feel so attached to THAT person?

How to have the confidence to quit your job.

Confidence to quit There is no one-size-fits-all answer to this question, as everyone's situation is different. However, some tips that may help you gain the…

How To Survive The First 7 Days Of A Relationship Breakup

A relationship breakup is always hard, whether it’s your first or nth breakup. Even if you're the person who initiated the breakup, you will still find…