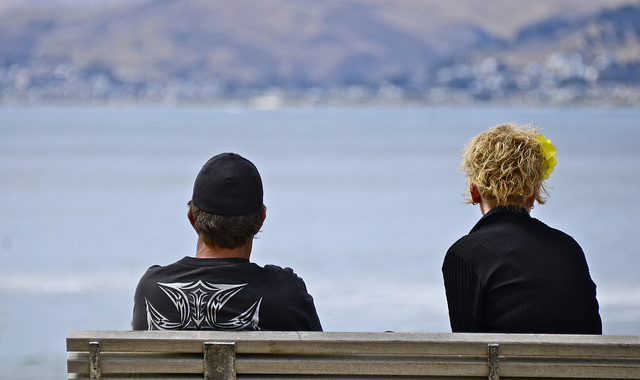 Being in a committed and loving relationship is an accomplishment in itself. It takes consistency, commitment, self-awareness, and the willingness to grow to make relationships last. Unfortunately, not all people have the same level of commitment and attitude towards relationships.

According to Hellen Chen, a marriage expert, over 85 percent of relationships end up in breakups.[2]

There are different reasons why relationships end. Many of these are due to behavioral patterns; some of which are due to issues in the past or while growing up in a dysfunctional family.

Selfishness is one reason why relationships fail. When one person focuses too much on his/her needs, to the point of neglecting the needs of the other, it can lead to the other person’s resentment.

Many people know that their relationships are nowhere to go yet stay in the relationship for one common reason – fear. The following are the most common fears people have when they are considering in ending the relationship:

1. Fear of being alone
Some people are hesitant in ending their relationship because they are afraid of being alone in an uncertain future. Each time they think of breaking up with their current partner, their mind takes them to horrifying thoughts of the future including the thought of being miserable in being on their own.

3. Fear of what others will say
There are people who are afraid of breaking up with someone as they may be seen as a ‘bad person.’ They stay even if they’re unhappy for fear that they may be criticized and labeled as selfish or uncaring.

In many cases, to end a relationship is a selfless thing to do. It’s a difficult decision to make, but one has to do it to give both parties a chance for a more fulfilling and possible lasting relationship with others.

How To End A Relationship

There is no such thing as a ‘perfect’ way to breakup with someone. However, there are strategies to end a relationship that are more distressing than the others.

The following are the common strategies to end a relationship:

Psychologists Tara Collins and Omri Gillath from the University of Kansas conducted a series of studies to find out which breakup strategies work better than the others and how these strategies are associated with certain attachment styles.[3]

According to Collins and Gillath, attachment style is a strong predictor that determines one’s style of ending a relationship.

People who are high on attachment avoidance tend to use the more indirect breakup strategies such as avoidance/withdrawal. This is related to the person’s tendency to avoid relational issues and the need to maintain emotional distance especially when under stress.

Individuals who are high on attachment anxiety tend to use breakup strategies that satisfy their needs. Examples of these are the use of positive tone/self-blame and de-escalation.

In the study, researchers found out that it’s possible to change the participants’ approach to breakup through “priming.” It’s a method in which they read a paragraph that will make them think about their past relationship. This is a simple manipulation that activates the person’s inner representation of secure relationship.

Which strategy is the most effective?

In the series of studies done by Collins and Gillath, it showed that open confrontation is the most effective and better approach to end a relationship.

Out of the seven breakup strategies, open confrontation is the one that results in the least amount of distress. While the breakup may still be a distressing event, but if the disengager (the person initiating the breakup) communicates clearly, consequently, the other person will find it easier to take.

Furthermore, the study also revealed that subjects find it easier to be broken up with if the disengager takes the blame to him/herself or by applying the strategy that preserves their feelings (in this case, the use of positive tone or self-blame).

Published by Hypnosis in London on 11 June 2017, written by Malminder Gill.

The Love Workshop: How To Find Love In 2019 Have you broken your new year’s resolutions already? It’s not too late to start again with…

Should You Argue At Christmas?

Should You Argue At Christmas? For some, it’s not Christmas without a family argument. So much so that the average home will have at least…

The beginning of a new relationship feels like nothing else. You may think you’ve met The One, and your budding romance is the stuff of…