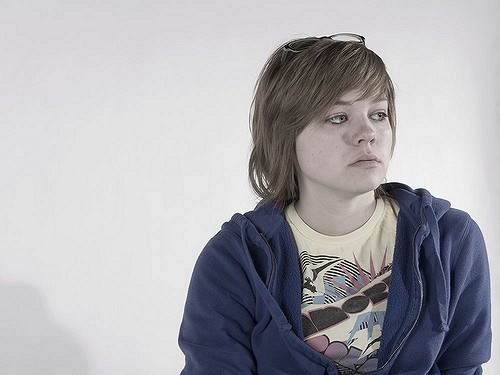 “You can die of a broken heart.” According to American Heart Association, the broken heart syndrome is real. It’s a stress-induced cardiomyopathy that can affect anyone regardless of health condition. The syndrome is characterized by sudden, intense chest pain which can be caused by a highly stressful situation such as a breakup. Relationship breakdown can be hard but there are certainly effective ways to deal with it. Published by Hypnosis in London on 27 June 2016, written by Malminder Gill.

Getting into a relationship is not a walk in the park. You need to work on it, day in, day out. Challenges typically happen in a relationship and depending on how the people involved handle it, it can be a way to make the relationship stronger or a reason to let the other person go.

Although many of us wanted our relationship to last, some things could get into the way that can keep us from achieving it. In his article in Psychology Today, Preston Ni identified some of the common reasons why relationships fail. These include trust issues, having different expectations, compatibility issues, communication problems (one of the most common causes of relationship breakdown), and growing apart.

Impact of a Relationship Breakdown

When a relationship ends, it can affect you physically, emotionally, and psychologically. The pain brought by a breakup affects the brain on the same way as when someone you love dies. You also undergo the same bereavement process: denial, anger, bargaining, depression, and then eventually, acceptance.

Breakups can also alter your sleeping and eating pattern. You’re more prone to sleeping, mood, and eating problems after a breakup. It can be a cause of insomnia, depression, and unhealthy eating habits especially as you start craving for sugar and fat. You may also be more prone to sickness as breakups can compromise your immune system. It increases the inflammatory cytokines and decreases the natural killer cell activity.[1]

The intense emotional pain from a relationship breakdown triggers the same network of nerves responsible for physical pain. And you can die from it.

Severe emotional stressors like a breakup can have serious physiological impact on the heart.[2] It really feels like you’re having a heart attack.

Letting Go and Moving On

When the breakup is still fresh, it may feel like you can’t get over it. But a lot of people who have been in your shoes before, sometimes in worse situations, have proven that anyone including you is capable of letting go and moving on.

Here are some ways on how you can deal with a relationship breakup:

1. Be kind to yourself
The breakup itself is already stressful enough; do not put undue pressure and stress on yourself by beating yourself up for the failure of the relationship.

Take time off from work, get back to your old hobbies, find something that you enjoy doing, and treat yourself to anything that makes you feel good. Doing these things can activate the reward system of the brain, the same area that’s being activated when you’re in love.

3. Go out and move more
Whether it’s running, walking, or swimming, exercise has been proven to have positive psychological benefits. When you exercise, the body releases brain chemicals called endorphins.[3] They are also known as the “feel good” hormones as they help reduce stress, anxiety, and even depression.

Appreciation has an impact on the part of the brain responsible for mood, sleep, and eating.[4] Learning to appreciate can therefore help improve your mood (it makes you feel better), sleep, and eating habits.

5. Try hypnotherapy
A guided hypnosis from a certified hypnotherapist can help you deal with a relationship breakdown. It can help you have a better outlook of your relationship, regain your sense of power and confidence, and make you feel stronger in dealing with your situation.

In my practice, I have helped thousands of clients deal with relationship issues including dealing with a breakup, anxiety in relationship, and struggles with an ex.

If you’re struggling in dealing with a failed relationship, then know that you don’t have to deal with it on your own. Recovering from a breakup may be hard but trust in yourself  that you can eventually recover.

MRI Anxiety? How To Manage Health Test Anxiety With Hypnosis

MRI Anxiety? How To Manage Health Test Anxiety With Hypnosis Are you preparing for an MRI scan? Health tests such as MRI scans can be…

Social Anxiety Or Introvert: What’s The Difference? Do you feel overwhelmed and stressed in social situations? You may wonder whether this is just a sign…