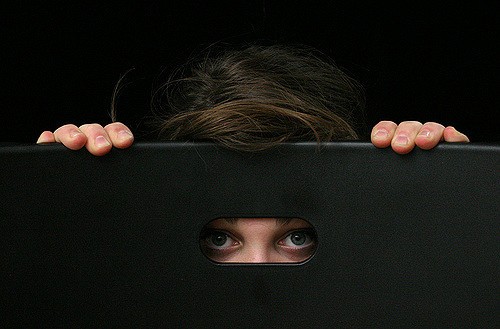 In April of this year, a woman named Amber Smith posted a picture of herself before and after a panic attack. Her post, which had been shared by thousands of people, is meant to urge those who are suffering from mental health disorders to not suffer in silence. It’s unfortunate that despite the facts written about panic attack, there are still a lot of misconceptions about it. And these misconceptions often keep people from seeking professional help. Published by Hypnosis in London on 4 July 2016, written by Malminder Gill.

Palpitations, shortness of breath, confusion, dizziness, and a strong urge to leave the place – these are just some of the symptoms of a panic attack. Thousands of years ago, panic attacks could have a better purpose. In highly dangerous situations, like what our ancestors had before, this fight or flight response can protect us from potential threats. But these days, a panic attack doesn’t have a practical purpose. In fact, it is considered to be more of a liability than an asset.

A panic attack is described as an overwhelming feeling of fear or anxiety. When a person is having a panic attack, he/she feels like he/she is going to die or go crazy. There is chest pain, feelings of discomfort or getting choked, detachment from the surroundings, sweating, numbness, lightheadedness, and there is intense fear of dying.

A lot of people who have experienced a panic attack feel like they are having a heart attack, that many of them end up in trips to emergency room as an attempt to seek treatment. But panic attack is often overlooked as a potential cause for symptoms like palpitations, lightheadedness, and difficulty in breathing.

What Causes a Panic Attack

The thing with panic attack is that it can happen without warning. It can even happen while you’re in a seemingly safe place like a shopping center or park.

There are different reasons why these panic attacks happen. It can be due to your family history, stress, and anxiety.

There is some evidence showing that genes can play a role in one’s chance of having these panic attacks. You are more likely to have them if you have a family member who has suffered from panic disorder.

Panic attacks can also be due to stress. When we’re stressed our fight or flight response is easily triggered. However, in contrast to what many people think, panic attacks are not responses to a one-time stressful event but rather, a result from accumulated stress.[1] This is what researchers from Brown University have found out.

These attacks can also happen as a result of anxiety. To a certain extent, anxiety can be beneficial for survival. But high levels of anxiety can send massive signals to the amygdala, part of the brain responsible for anxious response. This sends the amygdala into overdrive, triggering the production of the fight or flight hormone (adrenaline). When there’s a lot of unused adrenaline in the body, it can build up and lead to panic attack.

How to Deal With Panic Attacks

Panic attacks may make you feel like you’ve lost control of things but know that there is something you can do to deal with it. Here are some ways on how to cope with your panic attack:

Dealing with panic attacks are never easy especially when the intense fear of dying overwhelms you. But know that no matter how frequent or severe your panic attacks are, there’s help available for you.

Do you find it difficult to calm down and de-stress from work, daily life and the chaotic background noise?  In this week's post I talk about three,…

How to sleep and get over insomnia – natural remedies

In this week's post I talk about natural remedies and solutions to help overcome and manage sleep deprivation and insomnia. Written by Hypnotherapist Harley Street,…

Hypnotherapy London - Problems with food and eating can be highly complex issues that manifest themselves in many different ways, including in a person's behavior. This sensitive…