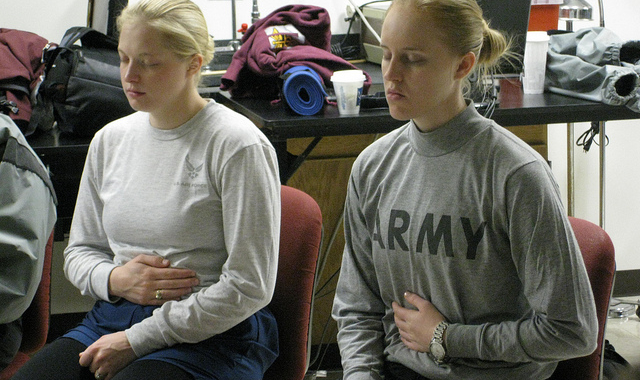 The term hypnosis has been around since 1840s but its technique has only been used centuries later. Despite the studies proving its effectiveness and the growing popularity of hypnotherapy, it still remains as a controversial method especially in Psychiatry. Some people are still hesitant to give hypnosis a try because of the myths surrounding it. Published by Hypnosis in London on 16 May 2016, written by Malminder Gill.

There are several myths about hypnosis that some people still believed in. These myths are often the reasons why some individuals are hesitant to give hypnotherapy a try even with published studies on the effectiveness of the practice. Many of these myths are brought about by movies depicting hypnotherapists as individuals with “special power” to control other people’s minds.

By getting to know what these myths are, you can have better understanding of what hypnotherapy really is and how it can help you deal with certain issues. The following are some of the common myths about hypnosis:

Myth 1: You are mentally weak if you are hypnotized.

This is definitely a myth as everyone can be hypnotized. Each day, all of us make use of hypnosis in one way or another whether consciously or unconsciously. When we focus on something, like the book we’re reading or the movie we’re watching, we experience being in a trance state.

Trance is being in a state of awareness other than waking consciousness. We are experiencing this when we have our attention focused entirely on one thing that we feel detached from our physical surroundings.

Having a weak or strong mind has little to do in getting hypnotized as it’s all about cooperation and concentration. A strong-minded person can still be a weak hypnosis subject if he/she resists and if there’s lack of focus.

It may look like you’re put into sleep when you are hypnotized but you’re actually not. When you’re hypnotized, you are put into a deep hypnotic trance which may resemble sleeping because your eyes are close, your muscles are relaxed, and your breathing slows down.

The studies of the psychologists Joe Griffin and Ivan Tyrrell are major breakthroughs in understanding about sleep, dreams, and hypnosis. According to them, dreams serve a basic evolutionary purpose. They enable us to act out or express our emotions. It’s only after expressing these emotions completely that we can face each day refreshed and ready to face the challenges that lie ahead. When these emotions are not expressed, the nervous system can suffer from overload.

The similarity between sleeping and being in hypnotic trance state is the activation of the Rapid Eye Movement (REM). It was found out that hypnosis can activate REM. This is seen as vital in life as REM helps in programming the instinctive knowledge we have.

Myth 3: You are made to reveal your deepest secrets when you are under hypnosis.

One of the fears of people who are contemplating hypnosis is that it will make them reveal their deepest secrets. This is not true as the hypnotist does not have control over you and will not make you do things against your will.

You may be in a completely relaxed state while under hypnosis but your mind is still fully aware and awake. You still maintain control over yourself. The hypnotherapist doesn’t have any special power to make you do or say things against your will. His/her purpose is only to guide you to get into the hypnotic state and make positive suggestions to help you achieve your goals.

Hypnosis is only possible when there is cooperation between you and the hypnotherapist. Hence, when you feel uncomfortable with an idea, your mind automatically rejects it.

Hypnotherapy is generally safe for everyone except for those suffering from epilepsy. Some people with epilepsy may have their seizure triggered by certain stimuli or situations. This is called reflex epilepsy. In some cases, epileptic seizure may be triggered by total relaxation.

Another situation where hypnosis may not be suggested is when driving or operating a machinery. Listening to a hypnosis recording while in these situations may be potentially dangerous as you can get into the trance state and lose control of the machinery or the vehicle and may get into an accident. But other than these, hypnotherapy is considered a safe way to address certain issues.

Myth 5: You may get stuck in hypnosis.

When you undergo hypnosis, you will be guided into a completely relaxed state. There are two things can happen after the hypnosis session – you will either gradually emerge from hypnosis on your own or fall into a short nap but eventually wake up normally. Not coming out from the trance right away doesn’t mean that hypnosis gets you stuck and that you’ll never be able to wake up again.

In cases of emergency such as fire or earthquake during hypnotherapy session, you will be able to recognize the urgency of the situation, come out of the trance, and deal with the situation appropriately.

I’m a certified hypnotherapist and for years, have helped clients deal with different issues including panic attacks, substance addiction, depression, anxiety, and obesity. I take pride in providing individualized therapy sessions to clients. For clients who can’t personally see me for a private session, I have online hypnosis programs for getting rid of cravings, losing weight, smoking cessation, and many more.

Oxytocin is a By-product of Love

Oxytocin is responsible for shaky knees, sweaty palms, and flushed cheeks when people fall in love. Whilst these physical cues can be seen, little evidence…

Smoking is one of the most common causes of illness and premature death in the UK. Every year, about 100,000 people die as a result…