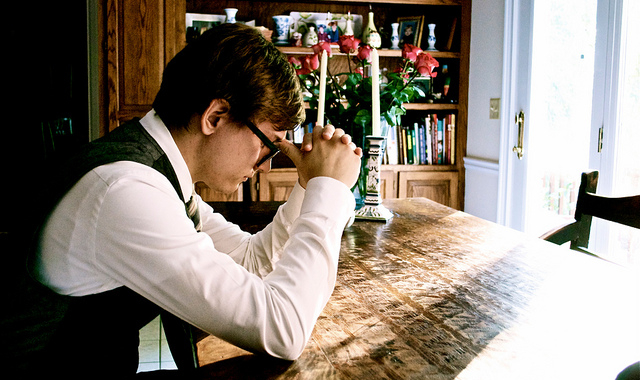 “I am never good enough.” How many times do we tell this to ourselves? Negative self-talk rarely motivates us. What it does instead is create a reality on its own and makes us incapable of doing or changing certain things. But the good news is, we can put a stop to it. Published by Hypnosis in London on 02 May 2016, written by Malminder Gill.

When we tell negative things about ourselves, we bring words with toxic energies. We bring feelings of fear, doubt, shame, and guilt in ourselves. These words do not just stay in our head; they become our reality. So, when we constantly tell ourselves that we’re not good enough, no amount of motivation from other people will inspire us to try something because we already have built a reality for ourselves.

Negative self-talk can be in different forms. It can appear through words of self-criticism, self-rejection, self-doubt, self-pity, and self-blame. While these words may vary, they all bring one thing in common – negativity. This negativity is what slowly destroys our belief and relationship with ourselves. Studies have also shown that negativity affects our physical health[1] and the way we do things[2].

But there are ways to put an end to this negative self-talk. The following are strategies for shutting down these words that put us down:

1. Don’t say anything you won’t say to your best friend

Would you say “You’re stupid” or “You can’t do that” to your best friend? If the answer is a “no,” then why would you tell that to yourself?

Each time you catch yourself on a self-depreciating talk ask, “Would I say this to my best friend?” Asking yourself that question reminds you that  you don’t deserve to be spoken in that manner.

Negative self-talk isn’t that easy to banish but you can definitely step away from it. Another strategy for turning down negative self-talk is step back from it. Whenever you catch yourself saying things like “I’m a failure,” address it the same way you would address an opinion from a third party. You can say, “Thank you for your opinion” and then move on.

We can easily judge ourselves from a single event or from a negative experience but we rarely seek evidence if it’s really true. Challenging negative self-talk is a way of looking at things more objectively. It allows you to respond to situations in a more helpful way.

Here are some things to ask yourself whenever you start talking negatively again:

Challenging self-talk may be easier said than done but with practice, you can eventually learn how to do it. You may even be surprised as how doing this makes you realize that most of your negative self-talk are exaggerated or inaccurate.

When you think something like “I’ll never be able to do it” or “Nobody likes me” consider it writing it down. Negative thoughts like these can easily pass your mind without proper processing. But by writing them down, you can slow down and process what is it that you’re really telling yourself.

Writing down allows you to process your emotions on a particular situation. It’s a great way to see how most of these thoughts are absurd.

Statements like “I’m hopeless” or “I’ll never get this done” immediately shut down possible solutions. When you engage into this negative self-talk you are already limiting yourself from what can still be done. The next time you catch yourself saying these things, try to reframe them and turn them into questions instead.

Asking yourself “How can I get this done?” instead of saying “I’ll never get this done” is a better way of seeing a situation as it opens up possibilities.

6. Set aside time for negative self-talk

Saving your negative thoughts for later is a good way of shutting them down. The next time you catch yourself blaming, doubting, or comparing yourself to other people, tell yourself that you’ll deal with them later. You will find out later, when you get back to them, that they have lost their impact or appeal.

A guided hypnosis from a certified hypnotherapist can help you deal with negative self-talk. Under hypnosis, you will be on a completely relaxed state where you’ll be more receptive to suggestions.

I am a certified hypnotherapist of Hypnosis in London. I’ve helped hundreds of clients deal with different issues include negative thinking. Hypnosis won’t just help you reframe these negative thoughts, it can also help in identifying the root cause of it.

Negative self-talk can be self-defeating. So, never let it rule your life. Know that something can be done to stop them and that there are people who can help you.

5 Signs Of Trauma Bonding Do you feel loved one minute and devalued the next? Do you want to stay in a red-flag relationship when…

MRI Anxiety? How To Manage Health Test Anxiety With Hypnosis

MRI Anxiety? How To Manage Health Test Anxiety With Hypnosis Are you preparing for an MRI scan? Health tests such as MRI scans can be…