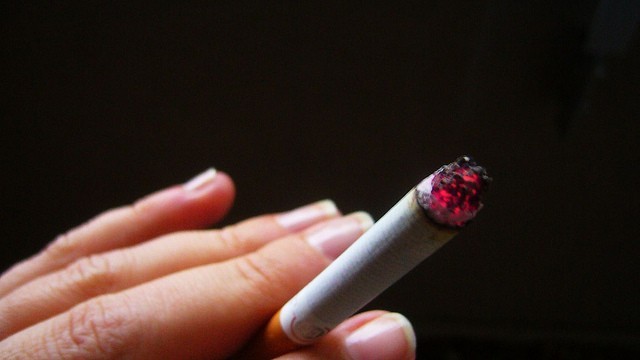 Centers for Disease Control and Prevention (CDC) cites smoking as the leading cause of preventable death.[1] Long-term smokers have a life expectancy of ten years less than non-smokers. While there are many smokers in Great Britain who wanted to quit smoking, only 2-3% of them succeed in the long-term.[2] Published by Hypnosis in London on 3 October 2016, written by Malminder Gill.

There are several reasons why people decide to quit smoking. The most common reason is related to health. Studies have shown that smoking can increase the risk of heart disease[3], diabetes[4], and cancer[5]. Treatment for pre-existing conditions may also be complicated by smoking. Smokers are at a higher risk of suffering from anesthesia and post-surgery complications compared to non-smokers.

Social pressure (smokers are viewed as smelly) and the cost of smoking are other reasons why some people decide to quit smoking.[6]

Not everyone though who decides to quit succeeds. In a fact sheet published by Action on Smoking and Health (ASH), more than a third of smokers make at least one attempt to quit smoking in a year but only 2-3% succeed in the long-term. It’s not clear why some attempts succeed and others don’t. The researchers have seen success in those who tried smoking a few cigarettes each day, avoided smoking the first thing in the morning, and those who kept themselves mentally healthy.

There are different factors that can affect one’s success or failure in attempting to quit cigarette smoking. Some of these factors include the following:

There are mixed results on studies that determine whether genes play an important role in quitting smoking. One study says that a certain gene can make a difference in one’s addiction to smoking and his/her ability to quit it. Researchers found out that those who carry a dopamine transporter gene are less likely to start smoking before the age of 16 and are more likely to be successful in quitting it.[7]

Self-efficacy refers to belief in one’s ability to complete a specific task and achieve certain goals. People with high self-efficacy are more likely to succeed in cigarette smoking short to medium term.[8] There are studies though that show that this factor isn’t as influential as other factors.

Cigarette smoking is addicting. This is one of the reasons why a lot of smokers find it hard to break this unhealthy habit.

Nicotine is the substance found in tobacco that makes it addicting. This substance produces different effects in the brain including boosting the mood, reducing irritability, and creating a sense of well-being.[9]

When a person smokes, there are several changes that take place in the brain and the body. Long-term use of tobacco smoking makes the body treats the substances found in tobacco as normal. Hence, when a person quits, the body has to adjust as it has been used to the substances especially with nicotine. Just a few hours after quitting, the body starts to experience withdrawal symptoms. These symptoms usually last 2-4 weeks, with the first week as the toughest.[10]

Relapse is common even if a person quits smoking. This usually happens during a person’s first attempt in quitting.

Different factors can lead to relapse. These include stress, weight gain, and symptoms of nicotine withdrawal. There are also triggers that can lead one to get back to smoking. The most common relapse triggers include being with other smokers, stress, and alcohol consumption.

Some people find it too tempting when being surrounded with people who smoke. This is why it’s a good idea to minimize or avoid being in situations that can trigger smoking cravings especially during the first two weeks of quitting smoking. You could be in that environment but instead of smoking, vape using nicotine salts e-juice. This way you’re not smoking but can still socialise.

People who have used cigarette smoking to deal with stress can benefit from learning to cope with stress in ways without tobacco use. This may include talking to someone or getting into fun activities.

There are people who find alcohol, even a small amount of it, can trigger their cravings for smoking. In cases like this, it helps to avoid alcohol especially during the first few months of smoking cessation.

In my hypnotherapy practice, I apply the latest techniques in hypnosis to help clients quit smoking for good. My Stop Smoking hypnosis program has 80% success rate.

Smoking cessation is hard but this doesn’t mean that it’s not doable. By knowing and avoiding the triggers and seeking help from others, it’s very much possible to quit smoking for good.

Four Kinds Of Obsession And Symptoms

Each type of obsession has different traits. Obsession is a state of mind in which a person is preoccupied with a single idea or object.…

Oxytocin is a By-product of Love

Oxytocin is responsible for shaky knees, sweaty palms, and flushed cheeks when people fall in love. Whilst these physical cues can be seen, little evidence…