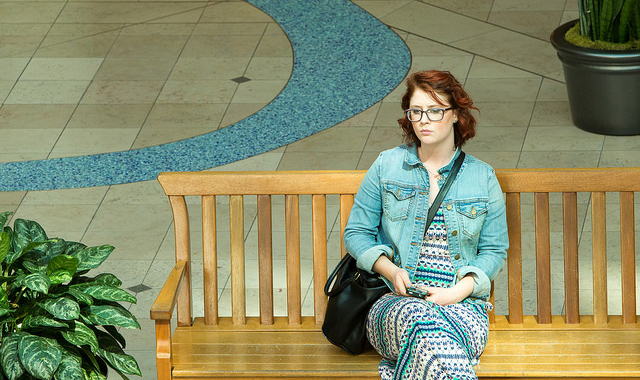 Many of us feel some degree of shyness in certain situations like when meeting new people or being in a new place. This is normal. What is not is being extremely shy to the point of avoiding social situations as much as possible. It’s called social phobia. Based on statistics, about 5 to 10% of people in the UK suffer from this kind of fear. Published by Hypnosis in London on 25 April 2016, written by Malminder Gill.

Social anxiety is a form of disorder on which there is an intense and unreasonable fear of social interaction. People with social phobia feel the rise of anxiety and self-consciousness when dealing with other people. They have this excessive fear of being judged, criticized, or being watched close by.

There are factors that increase one’s risk of developing social anxiety disorder. Some of these factors include gender, family history, negative experiences especially during childhood, and personality.

Gender
Although equal number of men and women seek treatment for social anxiety disorder, this form of anxiety is more common in women than in men.

Negative Experiences
In a study done to find out which childhood experience plays a major role in the development of depression and anxiety, researchers found out that sexual abuse and neglect play a significant role. The more the abuse and the neglect takes place, the stronger is the connection observed between the negative experience and the development of the psychological disorder.[2]

Personality Factors
There are certain personality traits that trigger the development of anxiety disorder. Extremely shy children as well as those who cannot tolerate uncertainties have higher chances of developing anxiety disorder later in life.[3]

People with social anxiety disorder experience a significant amount of distress when exposed to any of the following situations:

Many people with this anxiety disorder know that their fear is irrational but they feel they couldn’t do something about it.

Social anxiety disorder can be managed with the help of cognitive and behavioral therapy, antidepressant medicines, and hypnotherapy.

Cognitive and Behavioral Therapy
Cognitive and behavioral therapy (CBT) lies on a premise that certain ways of thinking can trigger the development of mental disorders. In CBT sessions, the therapist makes you understand your existing thought patterns and how they affect your anxiety level. The purpose of CBT is to help you change the way you think so you become less anxious and develop changes in your behaviour.

In a study done on the treatments for social anxiety, it was shown that both groups who were treated with CBT and medications have shown dramatic improvements. There were no differences on the outcome between the two groups.[4]

Aside from antidepressants, anxiolytic and cardiovascular drugs may be prescribed to make you calmer and alleviate symptoms like trembling and palpitations.

Hypnotherapy
Guided hypnosis puts you into a completely relaxed state. This enables us, the therapist, to get into your subconscious mind and understand the root cause of the anxiety.

When you undergo hypnosis, you are more receptive to suggestions. Since social phobia has something to do with the way you think, hypnotherapy can be a great help.

In a study done to find out the effectiveness of hypnotherapy for social anxiety, researchers found out that those who undergo hypnosis have shown significant reduction in anxiety compared to the controlled group who have only experienced minor changes in anxiety level.[5]

In my years of experience as a hypnotherapist, I’ve seen positive changes on my clients who have undergone hypnotherapy. Through guided hypnosis, I help people deal with different issues including anxiety.

If social anxiety keeps you from becoming the kind of person you want to be, then don’t hesitate to seek professional help. Through guided hypnosis, I can help you.

Know the signs of anxiety Anxiety is a common mental health condition that can affect people of all ages. It can cause a range of…

The first step to overcoming fear is to accept a few truths about fear. The first one is we are in the habit of clinging…