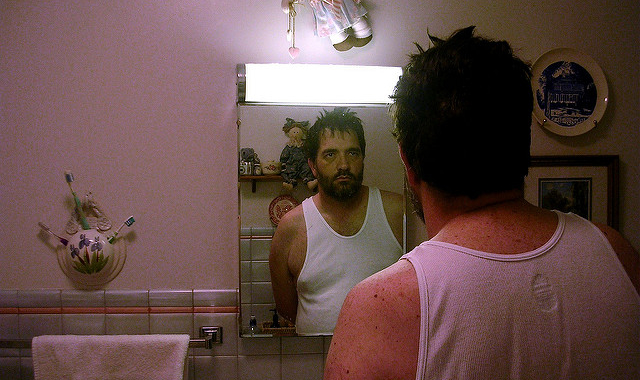 May 12 is the International Awareness Day for Chronic Immunological and Neurological Diseases (CIND). These illnesses include myalgic encephalomyelitis (ME), fibromyalgia (FM), and chronic fatigue syndrome (CFS).

Almost all of us feel tired at some point or another but the tiredness felt by people with chronic fatigue syndrome is unusual. It is persistent exhaustion accompanied by debilitating flu-like symptoms.[1] Over 200,000 people in the UK suffer from this perplexing disease. Occurring more in women than in men, chronic fatigue syndrome can affect one’s quality of life; the severity of which depends on one’s presenting signs and symptoms.[2]

Chronic fatigue syndrome (CFS), which is also known as myalgic encephalomyelitis (ME), is a condition that causes long-term disability to young people (it usually affects people in their 20s and early 40s). It was first identified in 1980s as an illness characterized by chronic and severe fatigue, one that last for over six months.

Aside from the fatigue that last for over six months, people with CFS are also reported to complain about loss of memory or concentration, sore throat, enlarged lymph nodes in the neck and armpit, unexplained muscle pain, joint pain without swelling or redness, and headache.

CFS is a perplexing disease because doctors still don’t know what exactly causes it. However, many medical experts believe that it can be brought about by infection. Furthermore, a good percentage of CFS patients had an infection that can be associated with the disease. As well as this, experts also believed that there’s a correlation between the severity of the infection and the chance of a person to develop CFS.[3]

Although CFS is no longer new, there are still a lot of misconceptions about this disease including:

Over the years of research, there has been two major breakthroughs in the study of CFS. One is discovered by researchers in Norway and the other one was from a research team in Australia.

In 2015, researchers from Norway have been doing trials for a drug that is typically used to get rid of white blood cells in people with lymphoma and rheumatoid arthritis. As a result, two-thirds of the people who took this drug experienced major remission of the CFS symptoms.[7], [8]

Consequently, the study doesn’t just lead to the possible cure of the debilitating disease but also suggests that the antibodies originally produced to fight off infection may play a role in the development of the CFS symptoms.

This year, a research team from Australia has discovered that there were several mutations occurring in patients with CFS. As a result, these mutations affect the ion channels that allow calcium into the natural killer (NK) cells. Since these ion channels can be found in different areas, it makes sense why CFS also impact different functions of the body.[9]

How Hypnotherapy, Coaching, and EFT Can Help

There is still no cure for chronic fatigue syndrome but there are ways to manage the symptoms.

There is a growing body of evidence showing that there are psychological factors that may play a role in the development of chronic fatigue syndrome. Some patients with CFS associate a particular activity in the exacerbation of symptoms and hence, avoid them. This is where cognitive behavioral therapy becomes helpful. It helps change the view of the patient on certain things, encouraging them to do more activities that can help in alleviating the symptoms.

Hypnotherapy makes use of some concepts and techniques from cognitive behavioral therapy. It has been shown to help patients with CFS with its ability to control the pain, fatigue, and the myalgia. It’s an effective coping technique that helps improve the patient’s overall wellbeing.[10]

A special type of coaching called Persona Coaching System (PCS) can benefit patients with CFS as it provides users with smart reasoning and feedback to develop or maintain a healthy behavior. This matters most for those suffering from chronic conditions that do not have a cure. Through intensive support in daily life, pain can be alleviated and, therefore, a healthy pattern of activity can be established.[11]

Emotional freedom technique is a tool often referred to as ‘emotional acupuncture without the needles.’[12] It is believed to work well with patients with chronic conditions like CFS as it helps send calming signals all throughout the body. Consequently, it turns off the fight or flight response of the body and reduce the cortisol level. Furthermore, reduction in stress and anxiety can impact the body in several areas including the hormonal, neurological, and physical aspects. This, in turn, helps the body in functioning better.

Studies show that clinical EFT can help in alleviating some physical symptoms like pain. In one study, it shows that veterans experienced a significant drop in physical pain after EFT, as were patients suffering from fibromyalgia.[13]

If you’re suffering from unusual fatigue for six months or longer, I can help you. I’m a certified hypnotherapist in London who combines techniques of hypnotherapy and coaching in alleviating symptoms of chronic conditions like chronic fatigue syndrome.

Published by Hypnosis in London on 8 May, 2017, written by Malminder Gill.

Is Your Inner Child Hurting? Ten Signs To Check

Is Your Inner Child Hurting? Ten Signs To Check Do you let your inner child run wild and free? Do you ever play uninhibitedly, just…

How Acceptance And Commitment Therapy (ACT) Can Help You Overcome Life's Challenges How often have you tried to hide how you really feel? Is there…