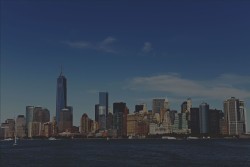 In this week’s post I talk about how meditation and yoga in natural surroundings can help alleviate stress. Written by Hypnotherapist Harley Street, Malminder Gill, 03 August 2015 published online via the Hypnosis in London Blog.

Picture this, I am sure it sounds familiar…

Coming home from work is always tough. The day is finally done after phone call after phone call and dealing with the new kid no one can stand. Walking up slowly to the door, carefully patting down the pockets of that well-worn coat, looking for the keys that must have been misplaced during that 45 minute drive in from the city. It shouldn’t have taken so long. The weather was clear, the traffic was good, and the construction on the road home had finally cleared up. It’s all that damn stress, you keep telling yourself, it’s this damn stress and I can’t do a damn thing for it. You gaze out of the 10th floor of the apartment building and watch the endless stream of taxis rushing by, always in such flurry and a fuss to get from point A to point B, and the city never ever stops, a ceaseless perpetual motion device. It just keeps spinning and spinning and there is no gravity, no friction, no force of nature that can stop it. Is this sounding familiar? Living in a big city like London definitely has its advantages, but a stress-free environment is surely not one of them. Relieving the anxiety and tension of urban life may not be as difficult as it looks.

Nature has always been considered as something of an escape from reality, a whole separate world in which the pressures of daily life simply cannot apply. For the average city goer, a quick drink at home or a visit to the local coffee shop down the street might be the most relaxing routine, but eluding the metropolitan lifestyle allows a freedom rarely seen in the city. An hour drive away from the front door might prove to alleviate more tension than 10 hours of lying hazily in front of a TV screen. A walk in the woods, for example, could provide a balance of leisure and stress to such a busy lifestyle. It doesn’t have to be a three week trek through the Himalayas, or even a three hour hike in the mountains. It doesn’t need to be much. It just needs to be there.

Some of the most efficient and effective ways to relieve stress are not, in fact, from this era at all. They go back thousands of years, and are just as practical now as they were then. Meditation, for example, is a peaceful way to not only assuage stress, but also to get in touch with yourself. The whole purpose of mediation is to create a more peaceful mind for yourself, and in doing so, create a happier existence. While meditation can be used to reach “nirvana”, or total inner peace as believed by Buddhists, it can also be a technique to simply relax. This is called breathing meditation, and it really only consists of emptying the mind of thoughts and simply focusing on breathing. Finding a relaxing environment to do this in is essential. Sitting outside in a local park or in a quiet room with some greenery are some of the best places. If it is done consistently, the stress of daily life can be greatly reduced.

Yoga, on the other hand, is a slightly more physical kind of relaxation. It is similar to meditation in that it is all about inner peace and harmony between the mind and body. It has been shown to not only temper stress, but also create a more positive outlook on life and improve mental well-being. It can be done virtually anywhere, and taking a yoga mat out into a wide open space outside, with the natural sounds and setting, is beyond compare as far as relaxation goes. The greatest thing about it? Anyone can start. There are so many different websites, so many different communities, so many different sources to start the development of these skills. Creating stability between the consistencies of daily and the inconsistencies of the extraordinary can be achieved through this phenomenal exercise of mind and body.

I highly recommend daily Sun Salutations. Just imagine, you’ve carefully rolled up the mat and placed it against the wall. You gaze in the mirror, and even though your clothes are sweat streaked and your hair leaves much to desire you smile. Is this the same reflection you had seen a week ago, the night owl with ink stained fingered and darkly shadowed eyes? Was that really a week ago? You stretch one more time and gaze out the window once again, and see the city, not the monotonous machine anymore, but a puzzle, with a million carefully interconnected pieces to create something beautiful. A quick shower and a bag of cereal later, you grab the keys off of the table and head out to work again, to repeat the cycle again.

Stay in touch with Malminder:

The Real Reasons Why You Are A Perfectionist

The Real Reasons Why You Are A Perfectionist For a long time, perfectionism was seen as a positive trait. It was a marker for success,…