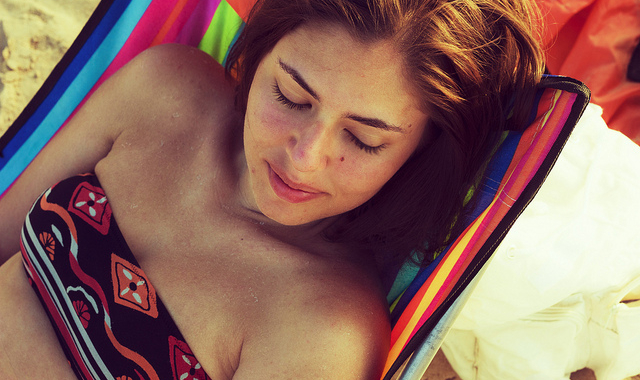 The death of Michael Jackson in 2009 is a reminder that too much of something can lead to more harm than good and that lack of sleep can be as deadly as getting intoxicated. Published by Hypnosis in London on 22 February 2016, written by Malminder Gill.

On June 25, 2009, the whole world was shocked when the King of Pop, Michael Jackson, passed away. The singer, songwriter, and dancer died from intoxication of propofol and benzodiazepine.

According to a doctor, Jackson has been turning to propofol to help him get the sleep he needs. Although the doctor had informed him that the sleep from the anesthetic isn’t real, it didn’t stop Jackson to go ‘doctor shopping’ to find medical practitioners who can provide him with opioid medications.

Jackson is said to be the only human who went for two months without getting rapid eye movement (REM) sleep. Lab rats could die if they don’t get REM sleep for 5 weeks so if Jackson didn’t die of intoxication from the drugs, he will most likely die from the lack of REM sleep. This is according to an expert, who served as a sleep consultant to the NASA, the Rolling Stones, and CIA.

Why We Need Sleep

Sleep is vital for physical and mental health and wellbeing. Research has it that sleep serves as a way for the brain to get rid of the mental junk out of the system.[1] Feeling invigorated after sleep is an effect of it.

We also need sleep if we want to stay within our healthy weight. A study shows that sleep is an important indicator of body weight and metabolism.[2] Individuals who don’t get much sleep ended up with higher levels of ghrelin and reduced level of leptin. This, in turn, affects appetite and leads to higher body mass index (BMI).

Cognitive functioning relies greatly on quality and quantity of sleep. Getting sufficient sleep is important for honing problem-solving skills as well as for creativity.[3] It’s during the REM sleep that we get to improve our creative processes and strengthen weak associations in our cognitive network.

Getting enough sleep is as vital as eating the right food. It protects us from the risks of chronic diseases like heart disease and diabetes. Studies have shown that sleep is an important indicator of cardiovascular health[4] and glucose metabolism[5]. It also plays an important role in our immune function. Sleep deprivation leads to impairment of the immune system function[6].

Mental health is at stake when sleep is compromised. Adults who get less sleep are at higher risk of developing depression[7] and suicide[8].

Getting sufficient sleep is one of the simplest things you can do whether you wanted to lose weight, improve your productivity at work, or simply feel better. The following are ways on how you can get better sleep at night:

1. Avoid intake of stimulants at least 6 hours prior to bedtime

Stimulants like caffeine disrupt your sleep. A study on caffeine intake before bedtime suggests that the substance has a disruptive effects on sleep when taken 6 hours prior to bedtime.[9] So avoid caffeine and other stimulants at least 6 hours prior to hitting the sack.

There are foods that naturally contain certain substances that help induce sleep. These include walnuts which are good sources of tryptophan, an amino acid that plays a role in the production of melatonin and serotonin; almonds which are rich in sleep-inducing mineral magnesium; lettuce which contains lactucarium which also has sedative effects; and tuna which is high in vitamin B6, an important vitamin for producing melatonin.

The blue light coming from electronic devices such as smartphones, tablets, and laptops can disrupt sleep. It’s the blue light that tells the brain that it isn’t the time to sleep. It does it by turning off the melatonin production. Also known as the ‘hormone of darkness,’ it’s the melatonin that induces sleep. When its production is altered due to the blue light emitted from gadgets, then sleep is also disrupted.

If there is a need to use your gadget prior to bedtime, you can make use of blue light protective devices such as filters, light bulbs, glasses, and software.

Maintaining a sleeping routine helps establish your sleep and wake cycle. Once you establish a routine, you will find yourself sleeping and waking up at the same time each day even without an alarm clock.

Stress and anxiety can bring a lot of mental chatter which can affect the quantity and quality of your sleep. Addressing stress and anxiety can help you get better sleep each night. You can do it through meditation, yoga, listening to soothing music, or through hypnotherapy.

A guided hypnosis can help you silence the mental chatter. I am certified hypnotherapist and I’ve helped thousands of clients deal with different life issues from addiction to depression through guided hypnosis. Aside from one-on-one client session, I also have downloadable hypnosis in MP3 format so you can listen to it anytime, anywhere.

You can check out this page to learn more on how I work with my clients.

How Stress And Anxiety Can Affect You

A third of British employees are suffering from depression, stress and anxiety.[1] That's according to the survey done by PwC, a management consultancy firm, on…

It may be considered natural to think of stress as something brought on by a host of factors which exist outside of a person. Let…

Stress can be anything in the environment that makes the body react. The response can be physical, emotional, or mental.[1] While stress is a normal…