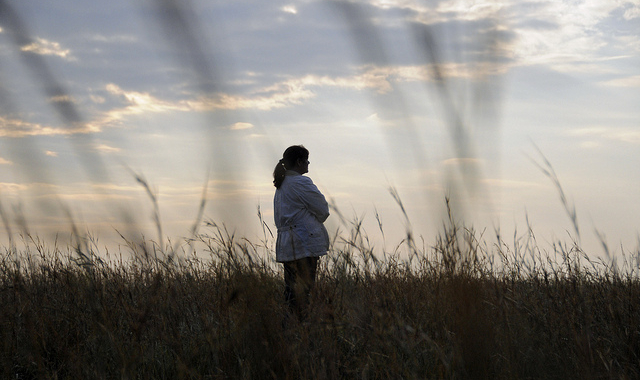 Anxiety disorders are one of the most common mental health disorders. In a survey that covered Great Britain, it showed that 1 in every 6 adults experienced some form of neurotic health problem and anxiety is one of them.[1]

It’s completely normal to feel anxious now and then especially when we confront a stressful situation such as a new job or relationship. However, it’s different when you have one of the many anxiety disorders. People who have them experience an extreme form of distress that significantly impacts their way of life. They constantly experience an overwhelming feeling of worry and fear.

Anxiety Disorders and the Brain

There are parts of the brain that play a role in the development of anxiety. Through the use of brain imaging technology and neurochemical techniques, researchers discovered that two parts of the brain play a significant role in anxiety disorders.[2] These are the amygdala and hippocampus.

The hippocampus is another essential structure of the brain that plays a role in the development of anxiety. Primarily involved in the storage of long-term memory including threatening events, the hippocampus is shown to be smaller in people who have experienced abuse during childhood and those who served in military combat. Research is still ongoing as to what causes the reduction of its size and the role it plays when it comes to flashbacks and fragmented memories.

Aside from the amygdala and the hippocampus, hormones can also play a role in the development of anxiety. Hormonal imbalances can have an impact on the brain chemistry and production of neurotransmitter that may also lead to anxiety.

Adrenaline and the thyroid hormone are two of the most common hormones that can affect the brain.

When the body is in fight-or-flight mode, the body releases the hormone adrenaline. It causes an increase in heart rate, breathing, muscle tension, and more. The body’s production of adrenaline is vital especially when faced with threatening situations, but prolonged use of it such as in cases of long-term stress can damage one’s ability to control it. It can lead to anxiety symptoms even in less or non-threatening situations.

The thyroid hormone is not just a hormone responsible for the body’s metabolism; it also has a role to play in regulating other hormones such as serotonin, norepinephrine, and Gamma-aminobutyric acid (GABA). These are mood-regulating hormones so any condition that affects the thyroid hormone can also have an impact on how these hormones are distributed in the brain.

Listening to music can activate different structures of the brain that are involved in cognitive, sensorimotor, and emotional processing.[3] It engages several brain processes including sensory, motor-related, and perception-action mediation processes. Although the exact mechanism to how music does it is still unclear, several studies have shown that music can have a beneficial effect on the psychological and physiological health of individuals.

Neuroscientists in the UK claim that they have found the perfect song for those suffering from anxiety.

Dr. David Lewis-Hodgson of Mindlab International conducts research on participants who are attempting to do difficult puzzles as quickly as they can while listening to different songs. The participants connect to sensors that measure their brain activity and physiological states while doing the puzzles. Consequently, he found out that listening to the song Weightless resulted in a 65 percent reduction in the participants’ anxiety and, furthermore, a 35 percent reduction in their usual psychological resting states.

The song Weightless is created by Marconi Union who did it with the help of sound therapists. The song has a relaxation effect as it’s created to slow down the heart rate and hence reduce the blood pressure and one’s overall stress level.

Here’s the official video of the song:

Published by Hypnosis in London on 04 June 2017, written by Malminder Gill.

Know the signs of anxiety Anxiety is a common mental health condition that can affect people of all ages. It can cause a range of…

In a research carried out by Bupa UK, 27 percent of the respondents admitted that they are close to the breaking point and feel overwhelmed.…