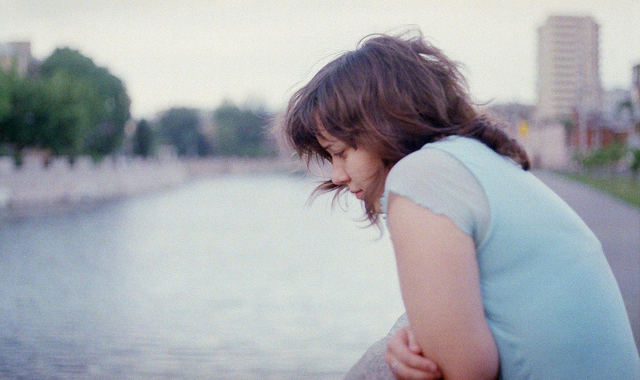 You have a passive behaviour when you prioritise other people’s needs and preferences over yours. While there are times when being passive can be helpful, doing this continually even if it already comprises your happiness can be a source of a problem.

When you are consistently passive in life, you may end up struggling when it comes to pursuing your own goals and objectives. It’s because to pursue these things; you need to have self-confidence. You need to look into your individual needs and preferences over others.

Displaying passive behaviour can pose a problem as it can consciously or unconsciously encourage other people to take advantage of you. It will slowly create that feeling that other people are approving you. In the long run, you will be forced to make more significant sacrifices even if you don’t like them just to maintain other people’s approval. Living this way will eventually lead to feeling of resentment.

Are you showing passive behaviour?

Some things are common in people displaying passive behaviour. These include:

People who have passive behaviour have this intense fear of upsetting others. As a result, they seek their approval even with their speech just to avoid offending them. They may attempt to soften or lighten the impact of their comment by saying things like this:

Why You May Be Passive

There are different possible reasons why you may be non-assertive or displaying passive behaviour. It may be a result of fear, a mistaken sense of responsibility, and lack of skills or information.[1]

A mistaken sense of responsibility

In some cases, the passive behaviour can be a result of a wrong sense of responsibility. We may have this belief that we are responsible for how other people feel and hence when they feel hurt, we are responsible for it (hurt feeling issue). At times, the passive behaviour happens as a result of a belief that we are the only ones who can do something about the situation and be the one who should take the responsibility (the guilt issue).

Lack of skills or information
In some countries, the nonassertive/passive behaviour happens as a result of lack of information. This may also be a result of the lack of opportunities to develop a more assertive way of communicating or doing certain things.

How To Start Living For Yourself

On a surface, passive people may appear to be the very nice ones – they’re generous, kind, and very polite. If you look beyond that, you’ll discover that passive people are anxious.

They’re very uncomfortable saying ‘no’ to requests as their self-worth is dependent on other people’s approval. So, they end up saying ‘yes’ even if deep inside, it’s a ‘no.’ They end up being resentful as their needs are not met, and they often feel that they are being taken advantage of by other people.

A common misconception of others who want to go out of the passive behaviour or way of living life is to be aggressive. While helpful in specific instances, being aggressive is not the answer.

Assertiveness is the Sweet Spot

Assertiveness is the sweet spot being passive and aggressive. It’s a skill that enables the person to confidently stand up for his/her rights while at the same time, respecting the rights of others.[2]

Being assertive is different from being aggressive. Assertiveness is being direct and honest with people. You speak up when something’s bothering you and you ask when you need something. Unlike aggression, assertiveness comes with a certain degree of calmness. People who are assertive know how to ask but also understand that some of their requests may not be granted.

If you’re tired of living life pleasing other people, here are some tips that can help you out:

The first step towards living life for yourself is to create that assertive mindset. One way of doing that is setting boundaries in different areas of your life – be it your personal/family life, health, work, or hobbies. Passive people often don’t have boundaries, so they unconsciously let others walk over them.

2. Take responsibility for your problems

Another trait shared by passive people is that they wait for others to solve their problems. It’s not the way to go. If you’re not happy with one area of your life, then start doing something to change it. The changes don’t have to be grand. Oftentimes, it’s the small but consistent steps that make a difference.

3. Stop assuming that other people know your needs

Passive people end up feeling resentful because they feel like their needs are not met. This is because they don’t ask.

If you want to start living a more satisfied life, then you have to stop thinking that other people know your needs or know what you’re thinking. In most cases, they don’t. So, ask if you need something.

4. Realise that you’re not in charge of how other people behave or feel

Both passive and aggressive people have this mistaken sense of responsibility. Although they react differently, they have this belief that they are responsible for how other people behave or feel.

This doesn’t mean though that you have to start acting like a jerk. It simply means engraving in your mind that the only person you have control of – both the behavior and the feelings is yourself. Keeping this in mind can take a lot of stress and anxiety from your life.

It’s impossible to be living passively for years and then jumping to a more assertive way of living overnight. It takes a lot of practice and some hits and misses along the way. However, it’s still worth doing minor changes until you feel more comfortable with it.

You may begin saying ‘no’ to requests that you don’t want to do or turning down invitations when you don’t feel like going. These may be small and simple actions to take, but they make a difference especially with the way you approach things.

It takes a lot of work to start living life the way you want it to be. This is why it’s helpful to have someone who can guide you along the way.

I’m a certified hypnotherapist in London, and by combining hypnosis and coaching, I can help you determine the cause of your problem and develop a mindset where you can start living for yourself.

Published by Hypnosis in London on 21 May 2017, written by Malminder Gill.

Sex as a currency…

Teen Confidence: How To Raise A Self-Confident Adolescent