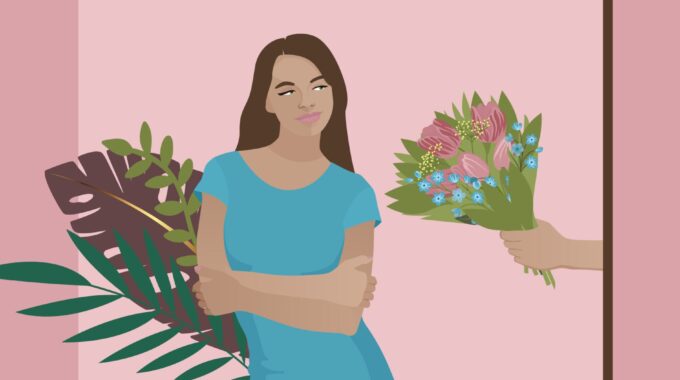 Many of us know what it is like when someone apologises, but it doesn’t feel like an apology. We can often believe that someone is not really sorry when they apologise to us. However, this isn’t because they didn’t mean their apology. Instead, it could be that someone has a different apology language to you. So, what are the different apology types, and which one do you identify with?

What Is An Apology Language?

Just like love languages, individuals will usually find they lean to one type of apology language more than others. However, it is possible to have multiple apology languages that you deploy depending on the situation.

So, which is your preferred apology language?

When someone apologises to you, you want someone to;

With this apology style, you earnestly admit when you are wrong. You will feel comfortable admitting you were wrong, or something was your fault. This type of apology is for those who like to take ownership of any hurt caused, and you dislike apologies that are full of excuses.

With an apology, it is often easier to say, ‘you are right’. However, with this responsibility apology style, you want to acknowledge your fault in the situation and are more likely to say, ‘I am wrong’.

When someone apologises to you, you want someone to;

The repenting apology type will mean you’ll want to change your behaviour in order to show you are genuinely sorry. For those who repent sincerely, you will think that just saying ‘I’m sorry’ is not enough. Instead, you will reflect on what went wrong, solve the problem, take action and strive to do better.

This is your apology language if you like to take action to correct the situation. For example, if you lose or damage something, you will want to replace the item or pay for repairs. The idea behind this apology is that you want to take the lead and put the situation right, and words are less important than action.  This apology style is also known as making restitution.

You’ll understand the hurt you have caused and that an apology will not be a quick fix. Instead, you respect the person you have hurt and that it may take time for them to accept your apology and grant forgiveness. This type of apology language differs from others because instead of taking control of the situation, you are putting the hurt party back in control and giving them the power to accept your apology or not.

Often, we apologise too much. Research suggests the average Brit will say sorry at least eight times a day. That’s 4,380 apologies a year! However, saying sorry is crucial if you want to repair relationships and make reconciliations.

If you’re struggling to accept an apology and forgive wrongdoing, then understanding your apology type can really help. If you need any further help, hypnotherapy can help to understand exactly what blocks are in the way and help you overcome them.

To find out more, book your free consultation with me. Simply email info@hypnosis-in-london.com to schedule your call.

Six Signs You Have Relationship Anxiety

Six Signs You Have Relationship Anxiety Relationships should be full of excitement, happiness and contentment, but so often, they can become a source of worry,…

Is Your Microbiome Affecting Your Sleep And Anxiety?

Is Your Microbiome Affecting Your Sleep And Anxiety? You’re going to bed early and have set up your bedroom to be the perfect restful experience,…