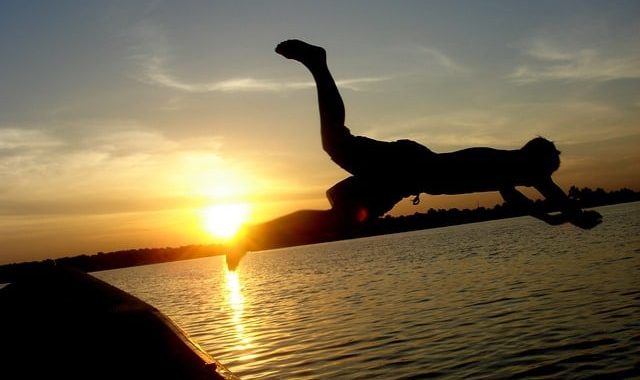 Learn To Fail – It Will Help You Succeed

For most of us, the fear of failure has long been ingrained in our minds. In fact, most of us suffer from the fear of failure, also known as Atychiphobia. However, this fear of failure isn’t something we’re born with. For example, if babies feared falling over, they’d never learn to walk. So, why is it so hard for us to embrace failure like we did when we were young? Furthermore, if we did, studies show that if we learn to fail, it can actually help us to create the success we want to see.

The negative power of failure

The feeling of failure can be powerful, but not necessarily positive. Failing can be incredibly demotivating, but it can also play a huge mind trick on you too.

For example, studies show that failure can make you believe your goals are less attainable than they are. A study asked participants to kick a football over an American football goalpost. Participants were then asked to guess the height and distance of the post. Those who failed to get the ball over the goalpost believed the goalpost was higher and further away than those who were successful.

This study shows how even though the goal is just as attainable as it was before, those who fail have their perception distorted by their previous failure.

Not only does the mind change your perception of the goal, but it also distorts the belief of your own abilities. The feeling of failure can cause you to reassess yourself incorrectly, making you believe you haven’t got the skills or capabilities that you need to succeed.

How failure can help you succeed

A sports study has found that while failure can negatively impact self-esteem, it can actually improve the chances of success when failure is addressed. In the study, participants who were told that they had failed at a task then went on to perform faster and more accurately in the next task. This shows that addressing failure can actually pave the way to success.

This can be attributed to cybernetic control theory. This is a theory that our brains work on feedback cycles. After a failure, and we become emotional, the brain works to self-regulate and calm emotions down. As a result, the brain then works to turn the negative emotions into fuel that helps you to get better at what you are doing.

So how can you learn to fail better so that you can succeed?

Why you should learn to fail

Failure should not be seen as the end of success. Instead, it should be seen as a chance to succeed quicker and better. By accepting defeat, it can help you to lose the fear of failing in the future. Every time you come back stronger, the fear of failure can ebb away.

Furthermore, failure can help you to learn from your mistakes and reflect on how you can do better next time. It can be painful to own up to your mistakes. However, you know what to avoid for next time.

Finally, failing can help you to realise what you actually want. If it upsets you to fail, take time to discover why you were upset. Was it because you really wanted to achieve a specific goal? If so, the failure can help you to see what you want, that it means a lot to you and gives you the motivation and determination to carry on.

How to learn to fail

Sometimes it can be hard to admit you have made mistakes. Blaming others or circumstances for lack of success is easy. However, the unconscious brain knows when you have made a mistake, so blaming others means you are deceiving yourself creating a mental imbalance. Instead, take ownership and accept your responsibility.

The feeling of failure can lead to many negative emotions from anger to sadness. Instead of thinking about what you should have done, think about the emotions that come with it. It is important to see feelings as objectively as possible. Try to be as non-judgemental as possible, as if you were helping a friend deal with these emotions. Don’t use these emotions as a reason to feel worse about yourself.

When you have had enough time to process how you are feeling, transform the emotions into positive energy. If you are left feeling low after a mistake, then try to refocus your feelings into a high energy emotion. It may help to write down a plan to help create the drive and energy you need to succeed.


Widget not in any sidebars

How To Harness Your Ultradian Rhythm To Avoid Burnout

How To Harness Your Ultradian Rhythm To Avoid Burnout When it comes to dancing, you may feel blessed with natural rhythm or not. However, we…

How To Beat The Procrastination Brain Battle