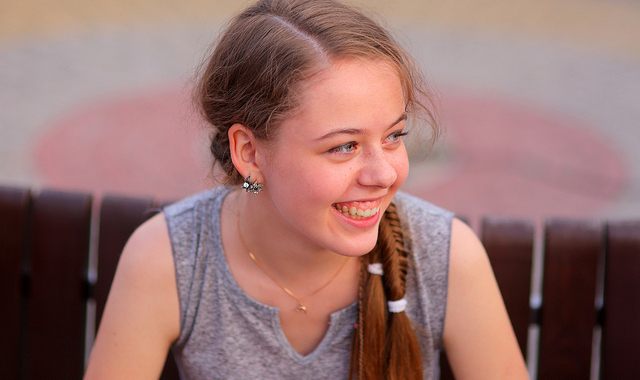 Optimism can affect several areas of one’s health and wellbeing. People who have a positive outlook in life are shown to have lower levels of distress, lower risk of being depressed, better resistance to common cold, lower risk of cardiovascular diseases, and better coping skills especially in times of stress.[1] There are neurotransmitters (also known as brain chemicals) that can significantly impact one’s mood. Knowing what causes an increase or decrease of these brain chemicals enables a person to hack his/her way to his/her happiness. Published by Hypnosis in London on 21 November 2016, written by Malminder Gill.

The major neurotransmitters that can greatly affect the mood include the dopamine, serotonin, oxytocin, and endorphin.

Also known as the “happiness hormone,” dopamine is the brain chemical linked to feelings of happiness, pleasure, motivation, and motor skills. You can see the effect of dopamine in the brain when one suffers from low levels of it.

Low levels of dopamine is associated with Parkinson’s disease and other neurological disruptions particularly on the control of movement.[3] Dopamine deficiency also leads to loss of motivation, lack of pleasure, and problems in concentration.

A 2005 study revealed that dopamine plays a role in the development of depression.[4] Researchers found out that serotonin is not just the only neurotransmitter responsible for clinical depression; significantly low levels of dopamine may also lead to it.

How to Naturally Boost Dopamine Levels

Dopamine is naturally triggered when one approaches and expects a reward. The release of dopamine in the brain creates a good feeling and a surge of energy. With dopamine, a person is motivated to pursue on things that allow him/her to meet his/her needs.

Serotonin is a brain chemical that plays different roles in the body. It helps in constricting smooth muscles, regulates certain body processes like sleep, transmits impulses between nerve cells, and plays a role in one’s wellbeing and happiness.

The development of depression is attributable to low levels of seratonin.[6] It may also lead to anxiety disorders, obsessive-compulsive behavior, and suicidal tendencies.[7]

How to Naturally Boost Serotonin Levels and improve your mood

Reducing stress can naturally boost the serotonin levels. It’s because stress triggers the release of cortisol and adrenaline which interfere with serotonin.

Discovered in 1906, oxytocin is best known as a hormone that plays an important role in reproduction. When released in the circulatory system, it plays a role in uterine contractions during childbirth and breast production during feeding. This hormone also functions as a neurotransmitter where certain stimuli such as touch can trigger its release.

Early studies have shown that oxytocin plays an important role in parent-offspring bonding. It also shows to improve the bond between two species. How oxytocin works with animal subjects in the study also works the same way with humans.[11] It promotes parent-child bonding and strengthens the bond between two people. In fact, the plasma oxytocin is higher in people who are in love.

Aside from its effect on relationships, researchers also found out that this brain chemical also helps in stimulating certain social skills like empathy, face and emotion recognition, trust, eye contact, and generosity.[12]

Since oxytocin is considered to be a vital neurotransmitter for social functioning, low levels of it can lead to poor social skills.[13]

How to Naturally Boost Oxytocin Levels and improve your mood

Endorphins are brain chemicals that are typically found in the pituitary gland. Their release is triggered when a person is under stress or pain. These neurotransmitters interact with the opiate receptors in the brain in order to reduce a person’s perception of pain. Unlike pain-relieving drugs such as morphine and codeine, endorphins do not lead to addiction or dependence.

Aside from pain reduction, the endorphins also play an important role in feelings of euphoria. High levels of endorphin is associated to reduction of pain and less negative effects of stress.[14]

How to Naturally Boost Endorphin Levels and improve your mood

There are certain foods that can naturally boost the endorphin levels. These include chocolates and chili peppers. This is the reason why a lot of people associate chocolate to feeling good or why they’re craving for it when they’re stressed.

Aromatherapy is also believed to help boost the endorphin levels. The aroma of lavender and vanilla can help reduce anxiety and improve symptoms of depression.[15]

There are complementary medical practices that can stimulate endorphin production. These include acupuncture and massage therapy.

While boosting these neurotransmitters can help you improve your mood, it also helps to talk to a professional especially if your anxiety, depression, or other mood disorders are affecting the way you live.

In my practice, I combine hypnotherapy and coaching to help you find the roots of your symptoms, reduce mood problems, and dissolve thought patterns that are making you depressed or anxious.

Improving the mood through these brain chemicals may not be simple initially but they’re worth a try. It’s also worth trying to see someone who can help you sort through your personal issues that are contributing to these emotions.

Summertime Sadness And Six Tips To Support You

Summertime Sadness And Six Tips To Support You For many, it is not a surprise that the cold, dark winter can cause depression, anxiety and…

Do I Feel Blue Or Am I Depressed?

Do I Feel Blue Or Am I Depressed? We can all feel low, especially at certain times of the month or year. As the nights…

The 2020 Anxiety: Four Strategies To Cope

The 2020 Anxiety: Four Strategies To Cope In 2020, almost 64% of people in a major study had signs of depression, while 57% recorded symptoms…